My name is Gordon Cully and I want to welcome you to the GCC Photography website blog! I live in Salem, Oregon which is conveniently located in the mid Willamette Valley between Eugene and Portland. I specialize in any kind of sports and race event photography.

I decided to start writing in this blog to share some of my experiences as I travel around Oregon and Washington shooting race event photography.

The inaugural 2017 Rotary Triathlon of Salem took place on Sunday, October 1st and featured both an Olympic and Sprint distance event along with a choice of either a 5k or 10k River Run event.  Unfortunately, water runoff from streets and banks due to rain earlier in the week forced cancellation of the swim portion of the event and the Triathlon was converted into a Duathlon.  That didn't appear to dampen the spirit of the competitors in this Inaugural event which was well organized and extremely well staffed with volunteers.

It was a beautiful morning in Oregon's Capitol city with cool fall like temperatures which was perfect racing weather!  I was positioned on the Olympic distance bike course about 7 miles in and 5 miles before the Independence Bridge turn-around point at the first railroad bridge crossing.  I love shooting bike races.  The pace is much faster than running especially where I was located on the course and I really had to stay on my toes especially considering the blind corners that existed as bikers navigated the 'S' turn riding under the railroad bridge.  I give a lot of credit to the two city workers who were there flagging traffic who were great in giving me a heads up when cyclists were approaching. 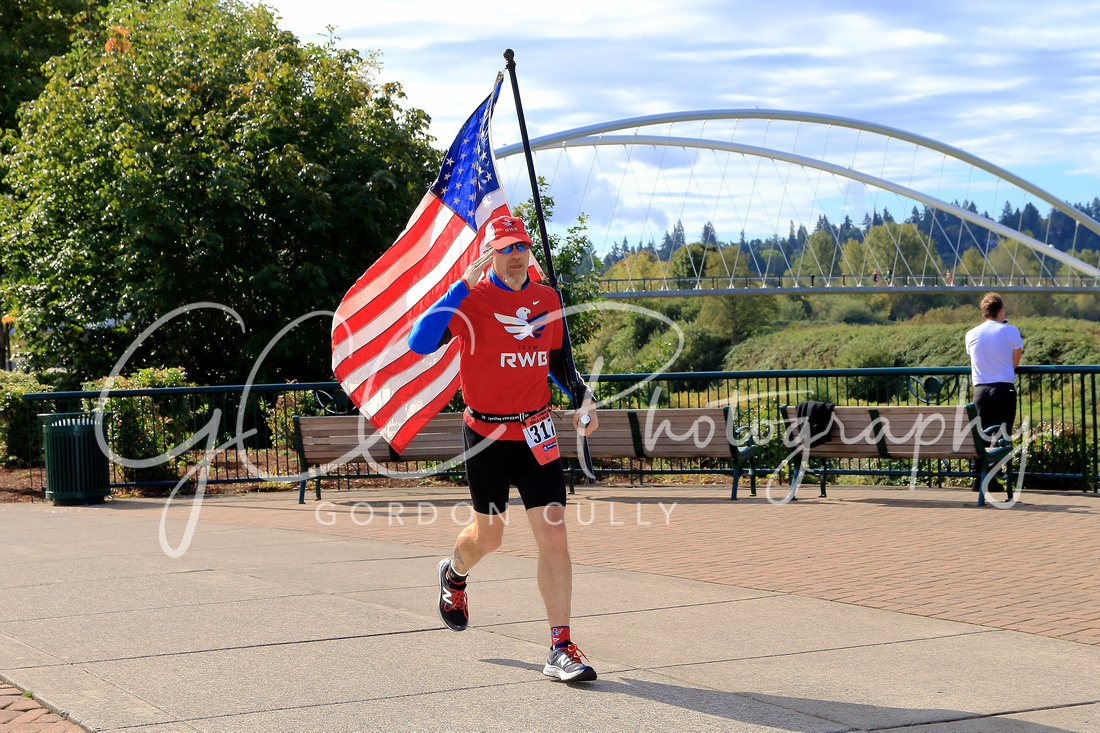 Once I finished up on the Olympic bike course after the last cyclist came through, I headed down to the finish area at Riverfront Park to shoot some of the runners finishing up with Salem's newest addition, the Peter Courtney Minto-Brown bridge in the background.  All in all, it was a great day for Salem and the Triathlon community albeit even with the cancellation of the swim portion of the event.

After a successful inaugural event, I know race organizers are already in the initial planning stages for next year.  Perhaps an earlier date or a change in the swim course to avoid the Willamette Slough will help avoid cancellation of the swim event next year.  This is a great event which offers something for everyone and celebrates the beauty of Salem and three of the city's premier parks: Wallace Marine Park, Riverfront Park, and Minto-Brown Island Park.

To see more photos from the event:  http://www.gccphotography.com/rotarytri2017